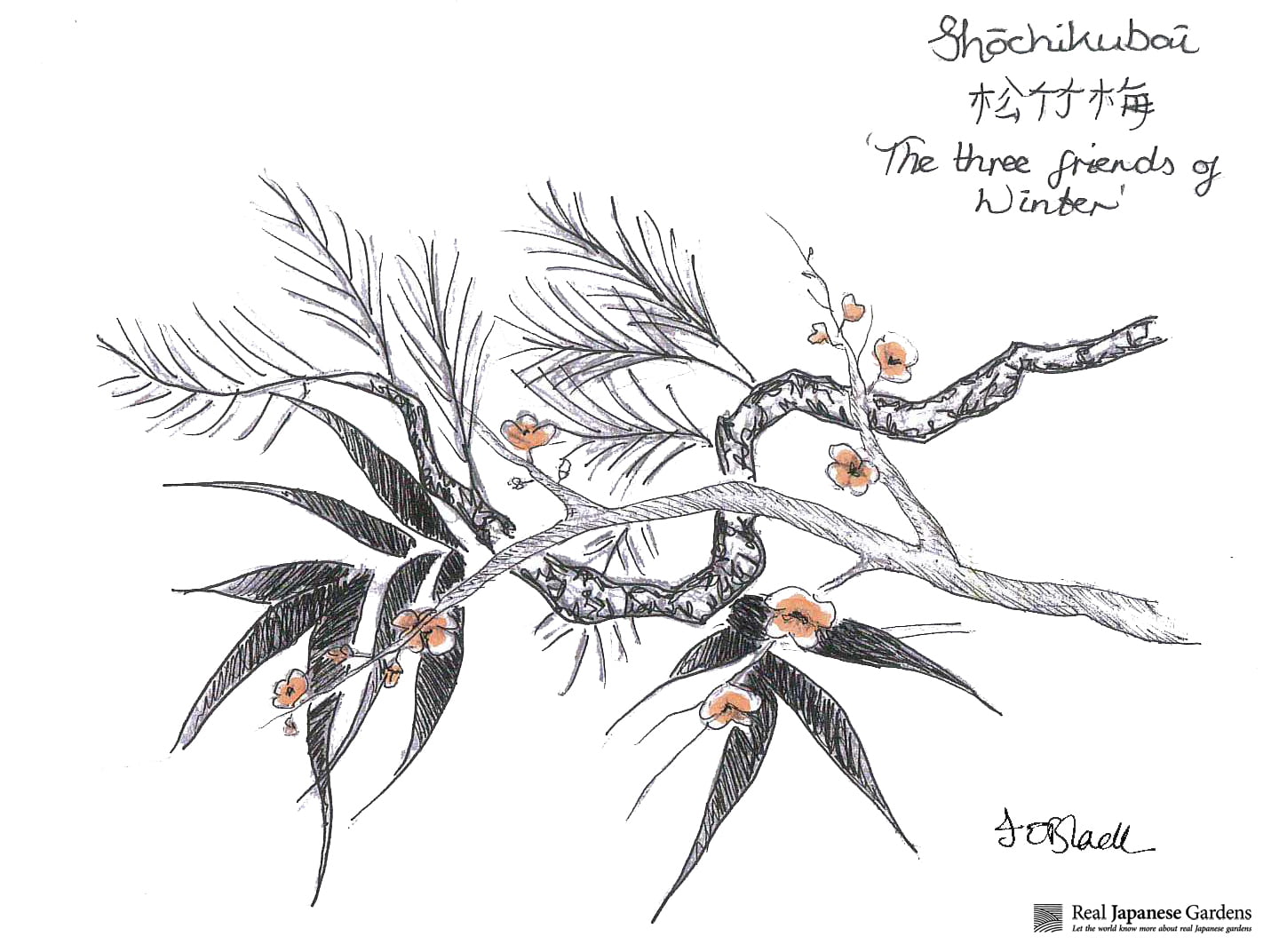 In Japan at New Year three plants are commonly displayed together, these are: pine (prosperity), plum (loveliness) and bamboo (longevity), in aspiration of the coming year. They are named the Three Friends of Winter (shōchikubai – 松竹梅). A stylized motif / pattern of these three iconic plants can be found on crockery, both in porcelain and lacquer prints. They can also be found dyed and embroidered onto fabrics, some for fukusa (used to wrap formal and important presents, usually as good wishes for the New Year). Although not typically a flower of winter, the blossoms of the plum remind people that winter’s end will come, and that the budding new life of spring is not so distant.

Far back into history, people in both Japan and the West have decorated their houses in winter with pines. In Japan, the pine symbolizes longevity and strength, sometimes originating from the Chinese God of Happiness and Long life (Shou Hsing). Pine trees (matsu) are also stood and decorated by the entrance to the door, to purify the entrance, keep evil spirits at bay and as a welcome for the New Year diety. These are called kadomats 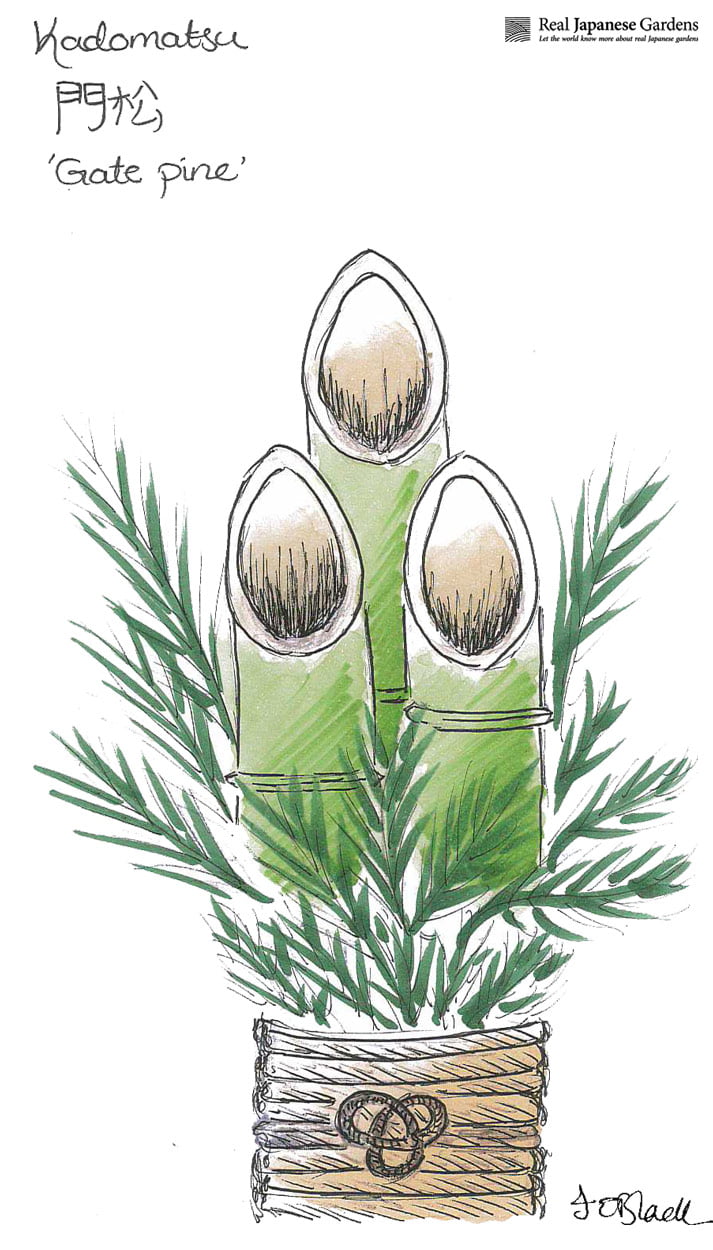 u (門松- gate pine). The bamboo is also commonly used in the latter decoration (also for longevity), cut at a slanted angle. This slanted angle originates from a story about two competing warlords of Japan Matsudaira, (later Tokugawa leyasu) and Takeda Shingen. After the battle of Mikatagahara (1573), which Takeda won and humiliated Matsudaira. In anger, the latter warlord cut the bamboo of the New Year decoration as he intended to cut off the head of his adversary as revenge. A gory tale behind a beautiful decoration! In a similar way, pine trees are stood within Western houses, (a tradition originating from Christian Germany). Long before this, pines were used in a traditional way in the West also to ward off evil spirits.

In the West, we have a history of pine wreaths on doors and Christmas pine trees. The use of pine in the West stems back to both Pagan and Roman times, as, similarly to Japan, it has been considered a symbol of strength. Additionally, the Romans used it as a sign of victory and status (as with the iconic headdresses worn at that time). Pagan’s lit-up their pine wreaths with candles, symbolizing the four elements of fire, water, earth and air. Japan also has its own history of decorations f 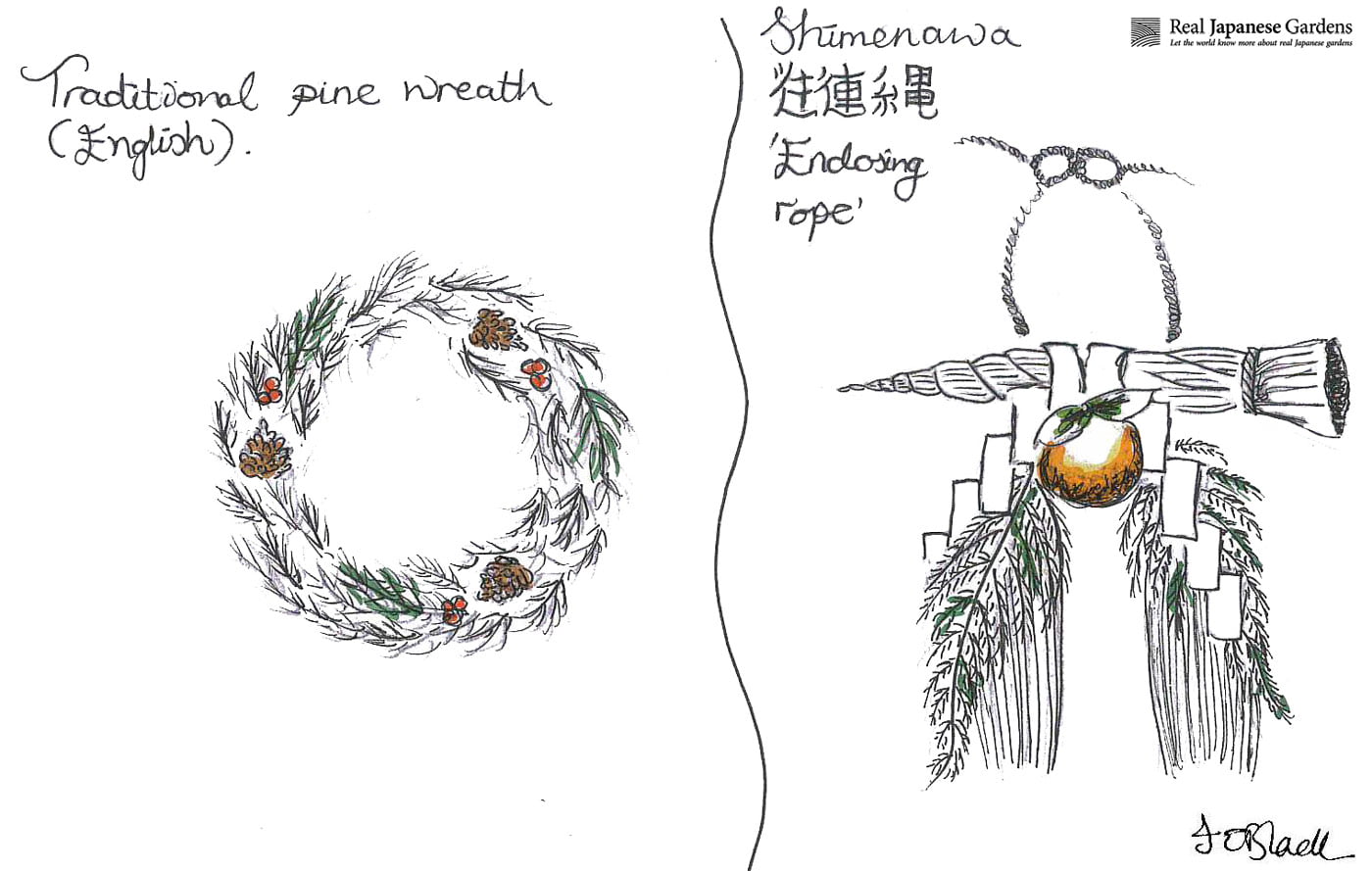 or the New Year, called Shimenawa (注連縄). As in the West, these are hung on your front door. Western wreaths are typically a circular shape, which also relates to longevity and continuity of life (in both Western and Japanese cultures). However, traditional Japanese decorations differ in shape from those in West, in that they are mainly lengths of straw rope, decorated with fern leaves, lengths of paper and an orange. They originate from Shinto beliefs of protecting shrines and other buildings against evil spirits. You could also perhaps call these wreathes, although not circular in shape, they do relate to the origin of the word wreath, which is to ‘writhe’ or ‘twist’; as the straw ropes are twisted together. There now exist modern, ‘globalized’, versions that include shaping the straw into a circular wreath and decorating with pine branches. I wonder if Western cultures will also begin to incorporate bamboo and blossoms into their Christmas and New Year’s decorations?!

It seems that the pine has been intertwined into many cultures for thousands of years as a symbol of a long, happy life and light within the dark winter. Here at RJG we hope you have fun using this auspicious plant creatively within your own homes during this festive season!
If you want to learn more about Auspicious plants, not only for the winter season, have a look on our site about Auspicious pants!

All our warmest wishes for Christmas and the New Year,

Thank you for reading & goodbye for now… 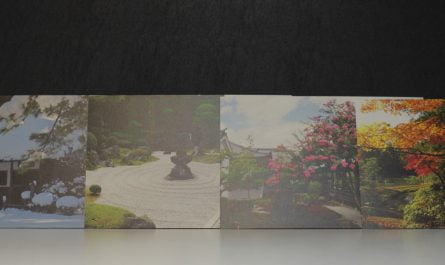