Everything started with a short post on Facebook by Aliya about Kawaramono and them being the first professional gardeners of Japan.

Did you know that…
The first gardeners in Japan were called Senzui Kawaramono (山水河原者)- Riverbank Gardeners. Kawaramono belonged to Burakumin low-class (hamlet people) – an outcast group at the bottom of the Japanese social order that has historically been the victim of severe discrimination.

Very nice comments followed this post, showing that our readers are into the topic and already read about it.

.. and they did not have names because they were not people, and to get a name they had to join a temple. These names had to have a ‘-ami’ suffix. And that is why people think that ‘garden building’ is associated with temples. Many of these people became Duboshu, essentially dictating taste and fashion to the upper classes. (So-ami.. etc) (a very nice ‘did you know’.. thanks)
– E.T.

I also recall that the blue color of gardener’s clothing as to do with this, right? They could only wear this color because would differentiate them from “common” people since they were a lower cast separated from the rest of the society…
– C.A.

We stumbled upon the later comment.. The blue colour comes from the Kawaramono history? We had to research about that!
And now we can say, it is not easy!!!

But first, let us dig a bit deeper in history..
Senzui Kawaramono were able to rise during the Kamakura and Muromachi period and were able to hold their new status until the Edo period. It is just like E.T. wrote.
Although they almost weren’t able to become “normal” citizens, they gained status and influence and were able to gain the honorific ending “-ami”.
However, with the Tokugawa Shogunate the gardeners were downgraded again. They lost their status and once again had to live at the bottom of the Japanese social order.

There were four official social classes during the Edo period: Samurai, peasants, artisans and merchants. No mention of Burakumin. This shows that Burakumin were really outside of the society…

After the Edo period the division into several classes was forbidden and the Burakumin got included into the normal society.
However, it is never easy to change peoples minds and the topic of Burakumin quickly became taboo.

All this makes it very difficult to research Burakumin, especially the clothes of a special kind of Burakumin like the Kawaramono.

Even though we found sources about sumptuary regulation laws from the 17th century, when the clothing rules were established, these lists end with merchants… No mention of Burakumin.. Pictures like Ukio-e sometimes show farmers or people who are carrying palanquins. Those palanquin carrier were also outside the society, but no real burakumin.
The clothes of those are very simple.. A loincloth and a simple vest. Indeed on this woodblockprints the vests often are of a deep blue, just like the blue the gardeners are wearing today.

However, lets imaging the time and the situation of the Burakumin.

They were living outside the city. They owned almost nothing. Lived in simple huts and worked hard every day.
If we guess that there were sumptuary regulation laws for Burakumin (which would only make sense if they owned money to buy offending clothes), these laws would tell them to dress even simpler than farmers and merchants.

For merchants (townsmen), we can read the following:

Townsmen are at the bottom of the four classes….Being at the bottom, they should not exceed their superiors. They should not be envious that others have prestige and majesty. They should keep to simplicity and plainness and be content with their status. Thus they can achieve lifelong enjoyment in the same way that oxen enjoy being with other oxen.

However, these people became not lazy to find ways around the existing regulation laws, but that is another story.

Let’s look at the regulations for farmers now:

– Ordinary farmers and their wives could wear only cotton or ramie.
– Village heads or samurai farmers could wear silk or pongee on special or festive occasions.
– Ordinary farmers could not wear silk even if they raised, spun, and dyed it.
– Striped or patterned cloth was prohibited, especially Kamigata dyeing.
– Purple, crimson, and plum colored dyes were prohibited, but pale yellow, gray, dark blue, and persimmon were allowed.
– If you happened to return to the country from business in town, you were to redye any striped or patterned clothing you had.
– Cotton rain capes and umbrellas were forbidden for ordinary farmers, and straw rain capes and hats were allowed.
– Village heads could wear cotton rain capes but not use umbrellas, while district head men could.
– Combs and hair pins must be wood or whale bone. Tortoise shell and metal are prohibited.

Here we have a mention of colours!
Pale yellow, gray, dark blue and persimmon were allowed.

But! Do Burakumin really have the possibility to get dyed clothes? Wouldn’t it be more reasonable that they just wore plain clothes? A loincloth and a vest like the farmers?
Actually, we do not know for sure, as it is very hard to find reliable sources about this topic.
What we can say is, that Burakumin were able to rise up in status after the Edo period and earn enough money to buy dyed clothes.
But if the kawaramono continued their work as gardeners and passed down their knowledge when the Edo elite tried to get rid of every evidence they ever built gardens during the Muromachi and Momoyama period, is not for sure.

One more point to mention!
During the Edo period another class of gardeners rose. Those are the actual ancestors of today’s uekiyasan.
They were called “niwashi” (庭師) – not to mistaken with the 庭仕 (niwashi) of the Muromachi period! – while uekiyasan were merely sellers of garden materials.
Maybe those gardeners or sellers fell under one of the above mentioned regulations and started to wear blue.
Blue was a very popular colour during the Edo period and you can find it everywhere! There were even Yukata-manufacturer, who specialized in blue Yakata alone.

A connection between Kawaramono and blue clothes we cannot confirm!
If you have reliable sources about the subject, let us know in the comments!
-Anika

Works in the garden in February 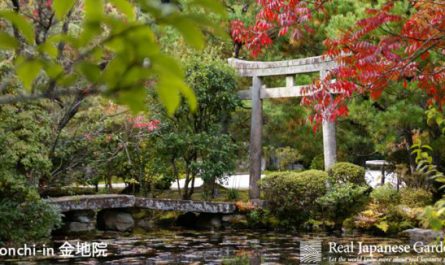 2 thoughts on “The problem with researching “Kawaramono”…”