The intention of the book is described on page one as followed:

The unique beauty of the Japanese garden stems from its spirituality and rich symbolism, yet most discussions on this kind of garden rarely provide more than a superficial overview. This book takes a thorough look at the process of designing a Japanese garden, placing it in a historical and philosophical context.
Goto and Naka, both academic experts in Japanese garden history and design, explore:
・ the themes and usage of the Japanese garden
・ common garden types such as tea and Zen gardens
・ key maintenance techniques and issues.

In the following review, I will show if the authors can keep their promises.

Cover and Layout
First of all, I want to write about the overall impression of this book.
I chose the hardcover edition because it normally is stronger and protects the book better when carried in a bag.
After weeks in my bag, it is still in a very good condition as expected.
The font for the main text is well chosen. It is easy to read and in an appealing size; not too large and not too small.
The quality of the photos is not always the best. Especially the monochrome pictures are sometimes a little bit difficult to view. However, because I know Japanese gardens and most gardens shown, I knew where I had to look for the mentioned details.
For the cover picture, Ryōan-ji was chosen. Of course an extraordinary and famous garden, but let this book not stand out beside all the above-mentioned books, which only give a superficial overview on Japanese gardens.
However, in my opinion, this book has to stand out as one of the very few books, which describe Japanese garden from a different viewpoint.

Contents of the book
Acknowledgments

Looking at the table of contents, it is not exactly clear what is meant by “themes” and “landform”. Of course, we can guess it means “themes of Japanese gardens” and different landforms where the Japanese gardens were built.
However, these short titles already imply that the book may be something for the advanced reader, who already has basic knowledge in Japanese gardens.
What is meant by “themes” and “landform” is explained in the introduction of each chapter.
Another title difficult to grasp is “maintenance of the Japanese garden’s symbolism”.
By reading “maintenance”, everyone might think of normal garden maintenance at first and then stumbles over the “symbolism”. Maintenance of symbolism? Sure! The maintenance of a Japanese garden is not only about keeping the plants in shape and clean the area. It is also to keep the symbolism of the garden with its elements visible over decades and sometimes centuries.

Other books about Japanese gardens often start with the history of Japanese gardens, explain the different types of Japanese gardens and then introduce some elements and plants.
Actually, this book does the same but tackles the subjects from another point, which is very refreshing.
It explains everything from a Japanese angle, using mostly Japanese sources, which are seldom used in other works for reference.
This is why this book is interesting. One will find a lot of explanations and quotes, which cannot be found in other books of the same genre. Especially the chapter about the historic garden manuals is here of interest.
The sakuteiki is well known and quoted, but the contents of the other manuals are seldom translated into English. With this book, this gap is partly filled.
As an example why this book should be in the library of every Japanese garden enthusiast, let’s see one paragraph about water maintenance in chapter five:

Rice paddies were constructed in many daimyō gardens, and this was also true at [Koishikawa] Kōrakuen-en. Generally, these rice paddies are interpreted to have been educational features to teach the daimyō’s family about the hardships endured by farmers; however, rice paddies in the garden were also used to monitor the rice crop in order to be prepared if a bad harvest was expected.

Koishikawa Kōrakuen is one of the gardens I visit frequently. I have read all plates with information provided in the garden and have seen several texts about it in Japanese and English. However, the main information about rice paddies, which is transported everywhere, is about the teaching of the daimyō’s family.
Giving this bit of extra information makes this book special in my opinion. The only thing I miss, also in this paragraph, is the lack of a source.
However, other, more important statements, of course, all have a source. These cannot be found, as expected, at the end of the book. Because of the number of sources used in the book and sometimes even on one site, it was chosen to provide the sources at the end of each chapter.
Although pictures are found at every place in the book, additional photos (colored) are assembled in the middle. These are named “Plate 1,2,3”, while the black and white photographs and diagrams are named “Figure 1,2,3”.
When reading the book, it is hard to have a look at the plates, because it stops the flow of the text when searching the right picture in the middle of the book.
Instead, I went the opposite way. When reaching the end of a chapter I went to the “Plates section”, looked at all the pictures and went back to the chapter when I was unsure of the meaning of one. I personally prefer the pictures near the describing paragraph and footnotes for the sources. However, this is my personal preference.

The chapter with the conclusion, however, doesn’t make me very happy. The book spends a lot of pages explaining the strolling gardens of the daimyō and other gardens types, which can be enjoyed while walking through them. However, in the conclusion, the authors write, that Japanese gardens are meant to be viewed from the inside alone, the whole day.
For some types, this might be true, but I think not for all types of Japanese gardens. There are enough, which are meant for both: looking at them from the inside AND to walk through them.
The authors also state that while in Western gardens the symbolism is definitive, the symbolism in a Japanese garden is infinitive and that the viewers’ imagination is not limited.
I think, by naming elements, it already limits the imagination of the viewer. One of the few gardens, which do not limit the imagination of the viewer, might be Ryōan-ji, due to the lack of information about the designer’s intentions.
I think it might have been better to not generalize here so much.

Although I am not in the position to talk about mistakes in the content of the book, I would like to point out two, because they are in my expertise. In the chapter where the Pure Landscape Garden is explained, it states that water lilies are the flowers of Buddha and are planted in the pond of Byōdō-in. However, as far as I know, the Lotus (Nelumbo nucifera) is the flower of Buddha.
While I am not sure if water lilies or lotus were planted in the pond, I could think the second.
A lot of people do not separate between water lily and lotus, although they are two different species. Especially in Japan, it is still uncommon to use botanic names and to sort plants by appearance. This results in misleading naming.
However, lotus in Japanese is hasu and water lily is suiren.
And the second mistake is in the plants’ section of the sakuteiki. After “katsura”, Chamaecyparis obtusa follows in brackets as the botanic name. This is a small mistake because the botanic name of katsura is missing and the Chamaecyparis obtusa is the botanic name of the following “hinoki trees”. The botanic name of katsura is Cercidiphyllum japonicum.
There are also few typos in the book, which, however, I don’t mind.

My conclusion
I am very satisfied with this book. This far I have read almost only books by non-Japanese authors, except some garden manuals and books with Japanese as co-authors. I think different to these books, Japanese Gardens Symbolism and Design gives new and interesting information about what it already promises in the title.
While the authors want to explore the themes and usage of the Japanese garden, common garden types such as tea and Zen gardens and key maintenance techniques and issues, the reader shouldn’t expect a guide in how to prune a tree the Japanese way or a timeline sorted by periods in the Japanese history.
The main topic of the book is symbolism, which makes it an interesting read, but not a garden manual and no coffee table book with the focus on nice pictures.
This book was exactly what I needed and I want to recommend it to everyone who likes to know more about Japanese gardens.

A great thank you to Routledge Taylor & Francis Group London and New York for providing a copy for the purpose of reviewing.

If you got interested in this book, I would be happy if you buy it via the following link:
click here

The link is tied to the Amazon Associates program and we will get a little percentage of the purchase price while you are not paying more.

If you like what you read, consider to support our Work on Patreon
klick for more info

This article was first published on Patreon. 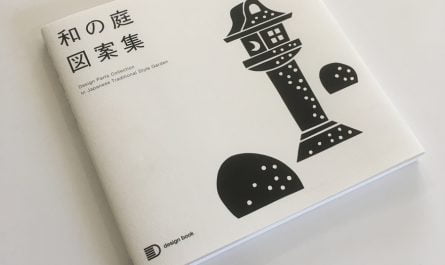 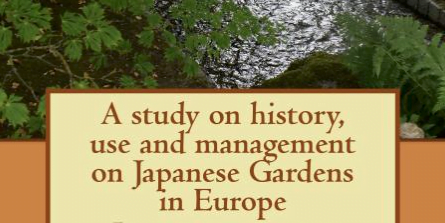 [Book review] A study on history, use and management on Japanese Gardens in Europe