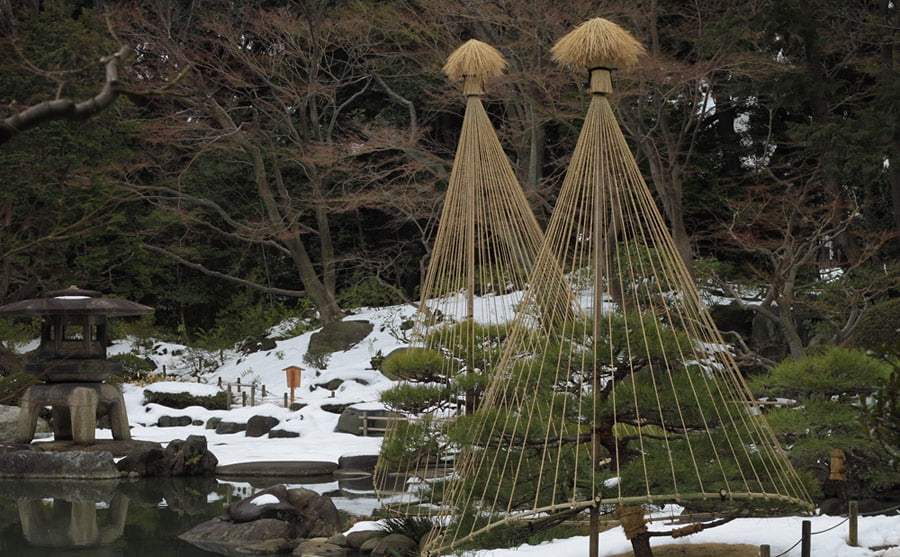 Because the life of a gardener is tied to the weather and seasons, it is essential to note the weather during the month described.

The weather in March:
The temperatures in March become warmer and the plums will bloom.
Spring is coming to Japan with temperatures ranging from 13 °C (55°F) during the day to 4 °C (39°F) during the nights.
After a dry winter the rainfall rises to an average of 100ml and we have a sunshine duration of about 5 hours.

Works, which will be done in March:

Repairing damages by Haru Ichiban
Haru Ichiban is a strong storm marking the beginning of spring. It is almost the strength of a typhoon and branches might break or trees might fall down.

Pruning trees
In March, we are pruning evergreen trees, but no deciduous. The only exception is Lagerstroemia indica. To produce new leaves, deciduous trees will use a lot of water. Cutting them now will not only hinder them to build new leaves but also damage them due to a high loss of water (bleeding). Lagerstroemia indica, however, will grow flowers only on new wood and March is the last possible month to cut them to get a beautiful flowering tree.

Planting and re-potting
March is a very good time to plant trees. Thanks to the warmer weather the trees awake after a long winter and are actively producing new roots and leaves. This is also a good time for re-potting potted plants and trees.

Fertilizing
All established plants like some fertilizer in spring when the risk of snow and minus degrees is very low. It is important to supply the plants with nutrients and March is a good time to do so.

Removing Yukizuri and Komaki
In March the last protection against the snow will be removed from the trees, giving them the space to produce new green. Komaki will be removed and burned to get rid of the harming insects, which spent the winter under these mats.

Lawn maintenance
The Japanese grass is still dormant in March and it is necessary to remove weeds. By the end of March, the new season for grass will slowly begin. 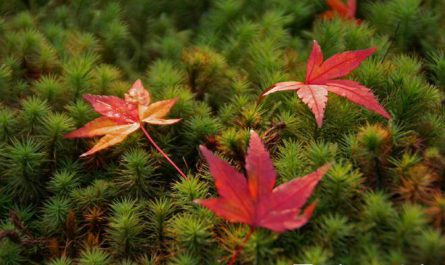 Moss in the Japanese garden

One thought on “Works in the Garden in March”