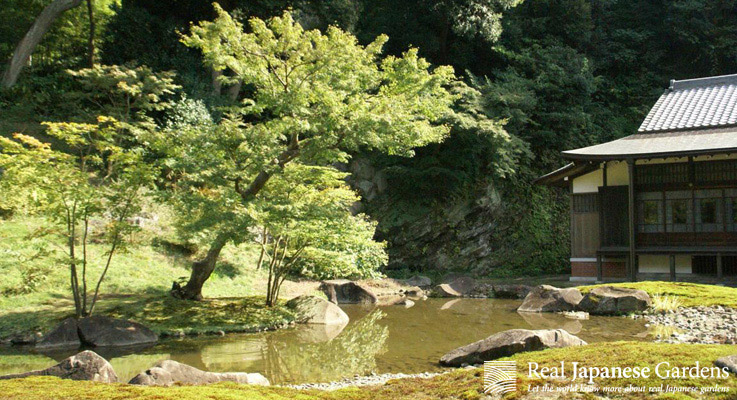 Meet the charismatic regent Hōjō Tokimune and Zen master Mugaku Sogen and eavesdrop on their Zen conversations. Mongol invasions, Buddha’s tooth, and a forgotten Sutra roll – the founding story of Engaku-ji temple gives you a direct insight into the military and political challenges of the Kamakura period.

Engaku-ji temple is the second most important temple in the Kamakura Zen temple mountain system. It is situated in North Kamakura (Kita-Kamakura 北鎌倉). The Kita-Kamakura station is actually on the former temple grounds and the train line cuts off the temple entrance and pond from the main grounds. It used to have 40 sub-temples, nowadays there are 18. The temple was named after a Sutra roll (a copy of the Sutra of Perfect Enlightenment) that was found in a chest unearthed when the construction works on the temple began in 1277. Engaku means „Perfect Enlightenment“ (円覚, engaku).

Actually, the temple was planned to be built for the Chinese Zen master Lanxi Daolong. Unfortunately, he died before the temple could be finished. Instead, Hōjō Tokimune decided that Engaku-ji temple was devoted to the victims of the battles against the Mongol invasions in 1274 and 1281. Legend has it that white deer appeared on the temple grounds and listened to priest Sogen’s first sermon at the opening ceremony. This was interpreted as a good omen for the temple. Thus the temple received the mountain name ‘Auspicious Deer Mountain’ – Zuiroku-San (瑞鹿山). A mountain name (山号 – San-gō) is traditionally given to temples of the Zen school – one reason is to tell them apart easily, as some temples in different areas carry the same name.