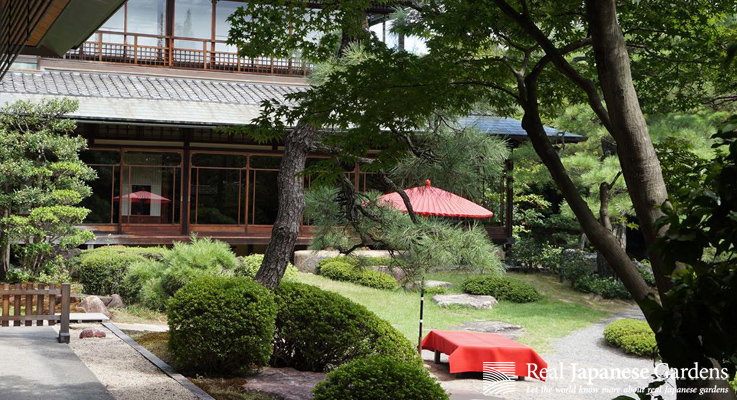 The Shirakawa-in is a high-class ryokan (traditional Japanese inn) with a small but superb garden. Its history traces back to the early Heian period (794-1185), when the imperial court and the first regent of the Fujiwara clan built their villas on this ground. Later, tennō Shirakawa (1053-1129) abdicated in the age of 44 in favor of his son, became a monk and moved to the Shirakawa-in. From there he reigned as cloistered emperor behind the scenes for 41 more years.

The garden that we see today has been restored by Kogawa Jihee, a famous plantsman of the modern Japan (1860-1933). The garden is a strolling garden with a small pond. There is also a tea house in the southeastern corner. It is a wonderful secret garden, and if you happen to be in the area (Heian-jingu, Nanzen-ji), do stop by and enjoy the atmosphere.

How to get there
Shirakawa-in is situated on the north side of the Kyoto Zoo. Take the city bus number 5, 57, 32 or 100 to Doubutsu-en-mae (動物園前 – Kyoto Zoo). From there walk north. When you can see the big Heian Shrine to your left, turn right and follow the street. Shirakawa-in is to your left side.