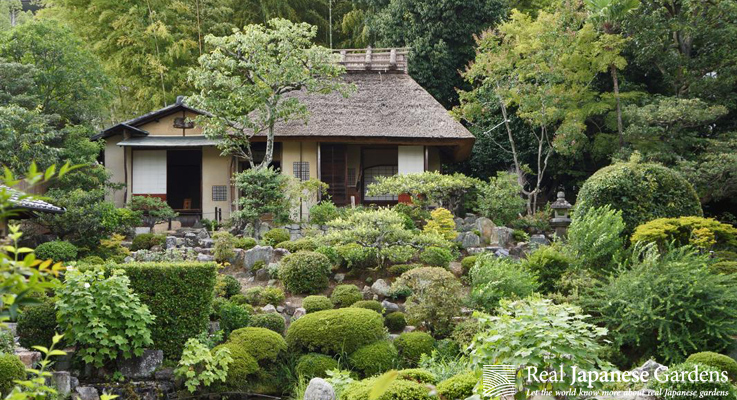 Tōji-in is another garden attributed to garden designer and Zen priest Musō Soseki. The first Shogun of the Muromachi period, Ashikaga Takauji, built this temple and had Musō Soseki design it. This rather small and secret temple is the family temple of the Ashikaga clan and all of the Ashikaga shoguns are buried here. In the Reikō-den, 15 wooden statues of the Ashikaga shogun and one statue of the following shogun Tokugawa Ieyasu are lined up. Their faces, especially their eyes look incredibly realistic.

In the western garden, there is a pond, a strolling path around it, and a tea house on top of an artificial hill. Before the neighboring university was built, the northern mountains formed the backdrop of the garden. The eastern part of the garden has a lot of trees and winding ways around the pond, so that the visitor loses orientation before the path leads him back to the main buildings.

This garden is one of the calmest, less frequented gardens in Kyoto and perfect for a break. There is also green tea being served on the veranda with a great view on the garden.

How to get there
Take the bus number 205 from Kyoto station towards Kujoshako-mae. After 19 stops and 37 minutes, get off at the Kinugasako-mae (衣笠校前) bus stop. Then walk 900 meter in towards the west to get to Tōji-in.