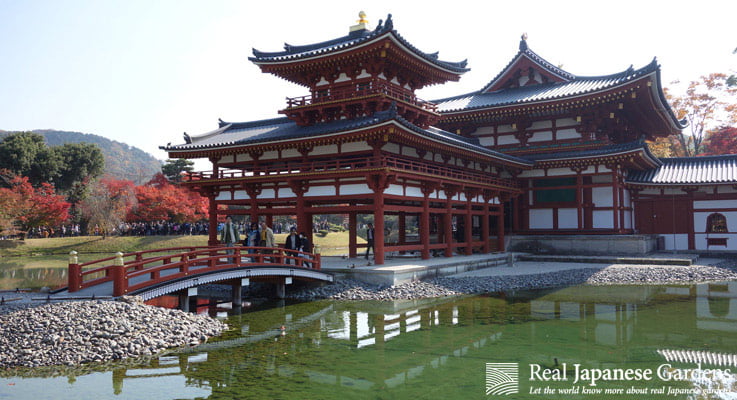 The Byōdō-in temple near Kyoto city was built in 998 in the Heian period (794-1192) as residence for Minamoto no Toru.

In 1052, it became a Buddhist temple. A year later, the Amida Hall, also called Phoenix Hall or Hōō-do was built. Until this day, it stands here in is original form.

In front of the Phoenix hall is a pond garden, which symbolizes the Pure Land, the paradise.

How to get there
From Kyoto station, take the Nara line towards Joyo. After 30 minutes and 8 stops, get off at Uji station (宇治). From there it is only a short walk in eastern direction. 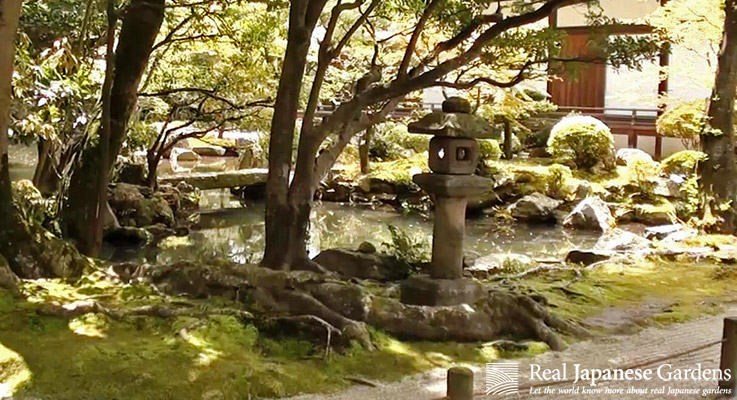 How to get there
Take the Kyoto city bus 100 from Kyoto station. After 18 minutes and 6 stops, get off at Gion (祇園). From Gion, walk through Maruyama park (円山公園) until you get to the temple. It should take about 10 minutes.