Tōfuku-ji – Garden of the Hōjō  （東福寺） 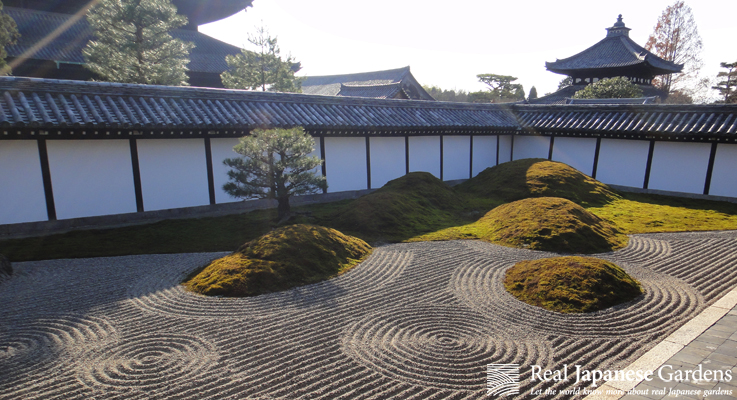 Tōfuku-ji is one of the Five Great Zen temples in the Kyoto Mountain system. It is a temple complex in southern Kyoto with 24 sub-temples.

Its garden were redesigned by the scholar Mirei Shigemori in the 1930s. He had studied the traditional Japanese gardens for decades before starting to design gardens himself. He built his designs on the old garden design principles, and connected them to the contemporary Japanese design of that time. The result are impressive gardens like the four gardens of Tōfuku-ji that surround the hōjō, the former head priest’s quarters.

Another remarkable feature of this tempe is the big mountain gate (山門 – San-mon) to the south of the garden. It is the oldest San-mon in Japan. The temple was built in 1236 (Kamakura period), and the founding priest is Enni Ben’en, a Japanese priest that went to China to study Zen buddhism. He is also believed to have imported the Udon wheat noodles, until today one of the most popular dishes in Japan.

Take the Nara line from Kyoto station towards Nara. Get off at the first stop, Tōfuku-ji, and walk in southern direction until you get to the temple.